The existence of present-day Rabat has a long history, and dates back to the pre-Islamic period when the land was occupied by the Roman Empire (44 – 250). Actually, the history started in 300 BC with a small settlement called ‘Chellah’, which was built on the banks of the ‘Bou Regreg’ river. During the Phoenician and Roman colony, the place was known as ‘Sala’ or ‘Sala Colonia’, whose ruins are still located in ‘Chella‘. 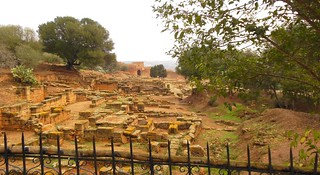 The site slowly disappeared and was totally abandoned in 1154 AD in favour of nearby ‘Salé’, a city on the north side of ‘Rabat’. Many structures in ‘Sala Colonia’ were damaged by the 1755 Lisbon earthquake. It is nowadays included in the metropolitan area of south Rabat.  The site of the ruins of ‘Chella’ has been converted to a garden and a tourist attraction. 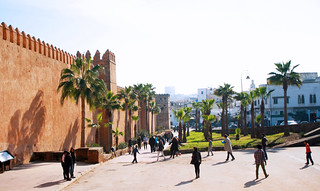 The early Islamic period dated from the 7th till the 11th century. In 700, a reinforcement was built (an early ‘ribat’ or fortress). A few hundred years later (around 1146), ‘Abd al-Mumin’ (a ruler under ‘Almohad’ Empire) built a full scale fortress. 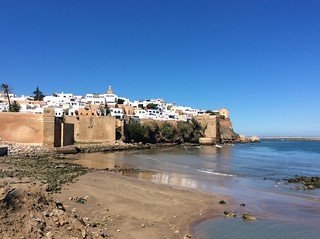 In 1170, due to its military importance, Rabat acquired the title ‘Ribatu l-Fath’, meaning the camp of victory. In 1184, ‘Yaqub al-Mansur’ (grandson of ‘Abd al-Mumin’, another ‘Almohad’ Caliph), moved the capital of his empire from Marrakech to Rabat. He also undertook several major projects, such as the construction of the old medina walls (with a total length of 2263 m) and the ‘Kasbah of Oudaïa’. 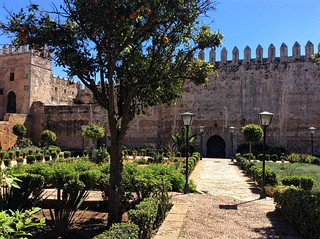 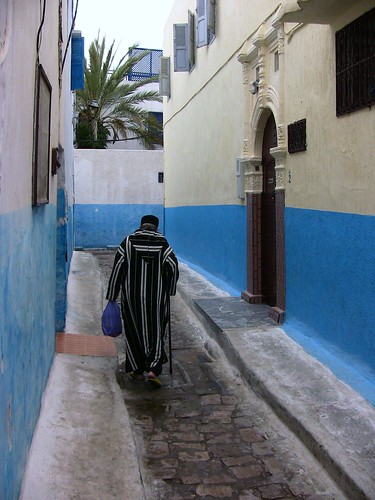 At the end of the 12th century, a substantial surrounding wall was built to protect the south and west faces of the city, with a total length of more than 5 kilometres, 2 metres thick and 8 metres high (Mouline, 2008). 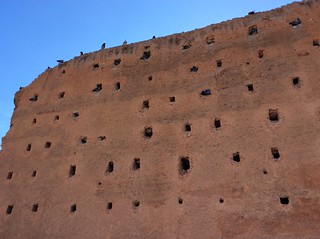 Within its fortifications are the medina (old Muslim town) and the ‘millah’ (Jewish quarter). The decline of Rabat began in 1253, when Fez was chosen to capital by the ‘Meriniden’ dynasty. A period of growth finally began under the dynasty of the ‘Alawites’. 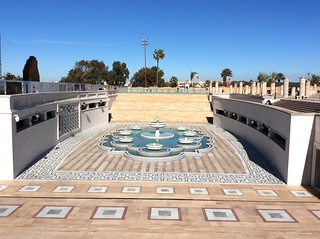 At the beginning of the 19th century, an external rampart of a total length of 4300 meters was built which extended the ‘Almohad’ walls. Rabat became again the capital of Morocco under the French protectorate in 1912. After Morocco became independent in 1956, Rabat remained the most important city. 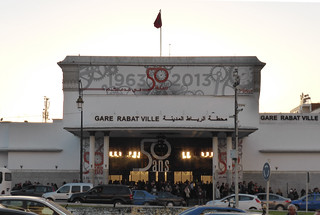 In 2012, Rabat was added to the UNESCO World Heritage list. The archaeological site of Chellah, the Kasbah of the Oudaïa, the Almohad gates and wall, the Hassan Mosque, the Medina, the modern town, and the Mausoleum of Mohammed V were all identified as precious features of the city to be protected and preserved. 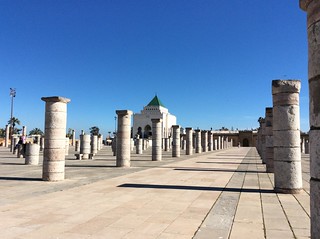 Rabat represents an example of how ‘the colonial’ (architecture and urban planning) are becoming ‘heritage’, that is, a new form of urban cultural capital to be valorised and somewhat reinvented in its spatial postcolonial realisations. 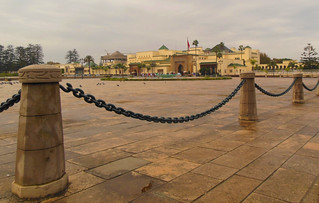 UNESCO stated this new combination of heritage Rabat’s “fertile exchange between the Arabo-Muslim past and Western modernism.” This UNESCO status even gives Rabat a second place on 2013 top-destinations of the CNN.

Rabat is part of the tourism region ‘Centre Atlantique‘ of Morocco.