Essaouira (or Mogador), a fortified seaport town, is located on a peninsula along Morocco’s Atlantic coastline. The history of Essaouira goes back to the 6th century BC, when the ‘Phoenician’ established a permanent settlement (known as ‘Arambys’ – derived from the Phoenician phrase ‘Har Anbin’, which means ‘mountain of grapes’) on west coast of Morocco.

Also the Carthaginian navigator ‘Hanno’ discovered this trading post during his voyage. In 1506, the place was conquered by the Portuguese (by king ‘D. Manuel I’), who built a fortress named ‘Castelo Real de Mogador’. There are only some remaining parts of the fortress still standing today. The occupation by the Portuguese lasted only 4 years. During the 16th century, different countries (including Spain, England, France, and the Netherlands) unsuccessfully tried to conquer the city. Essaouira remained a harbour for the export of sugar, molasses (a viscous by-product of the refining of sugarcane), and the anchoring of pirates. Over the centuries, Essaouira has been an important trading seaport between Africa and Europe, and the rest of the world. 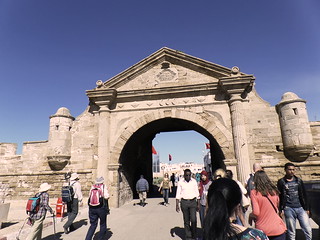 In 1766, ‘Mohammed Ben Abdallah’ (sultan under the ‘Alaouite’ dynasty), re-established the town and transformed it into a transatlantic trading centre with major international trade routes . The fortification during the mid-eighteenth century is relatively late in comparison to other medinas of North Africa. This period (the end of the 18th century and during the 19th century) is considered as the ‘golden age’ for the city. 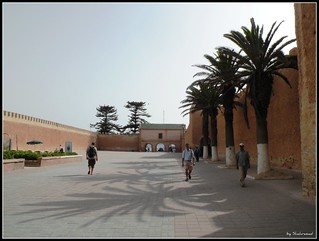 Since 1880, Essaouira’s economic prosperity gradually started to decline, when the French conquered Western Sudan causing the transcontinental trade routes to move, with the rise of steamships, and the policies of France’s protectorate government. Essaouira is also a multi-cultural town with various ethnic and religious groups, including a Jewish quarter (Mellah). 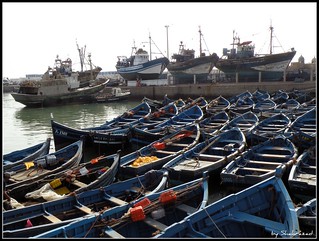 The old medina of Essaouira’s was designated by UNESCO as a World Heritage Site in 2001. Since its decolonization of the French protectorate, Essaouira slowly began to evolve into a flourishing town and people start to invest again in the historic old medina. From a tourist perspective, Essaouira can be reduced to the historic old town with its complete surrounding walls. Even in the mid 1960’s, other (cultural) ‘goods’ did not play a role in describing the town for European tourists. The face of tourism in Essaouira has been changed by the hippie movement. Also the music scene played an important role. 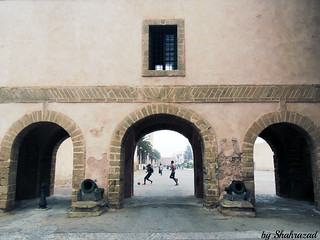 In 1999, the International ‘Gnaoua’ Festival was founded and is nowadays a well-known global event in Morocco. The analysis of the city’s socio-economic developments and its landscapes show that the new economic activities and tourism are agents of modernization, intermixing and upgrading sites to international standards. They are also a means of preserving the differences and local specificities, the development of local identity and the accumulation of heritage, which is a factor in tourist attraction.

Essaouira can be seen as the perfect example of these combinations. A study of the rural and mountainous hinterland in the Essaouira region showed also a new process of spontaneous ‘touristification’, were the connection to the world of socio-economic and local cultural systems has also led to the heritage process where the ‘local’ has been rediscovered or reconstructed echoing foreign demand.

Essaouira is part of the tourism region Marrakech Atlantique of Morocco.