Debdou is a small town in the Oriental region in East Morocco. It is difficult to trace the history of the town for a lack of historical sources until the second half of the thirteenth century. However, there have been found some traces dating back to prehistoric times, in particularly from the period of the ‘Paleolithic’ and ‘Neolithic’. There is also some evidence that Debdou was occupied by the Romans. The strategic importance of Debdou can be linked to the antagonism between the ‘Abdalwadides’ and ‘Merinids’ to gain control of the region, which would initiate the golden age of Debdou. It is through the ‘Marinids’ that Debdou enters the written history. 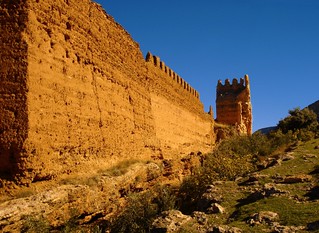 The construction of the ‘kasbah Debdou’ and the old walls (primarily built for military and defence purposes), the mosque, and the caves is particularly related to their efforts. The ‘Banu Urtajjen’, a Berber family related to the Moroccan dynasty of the ‘Wattasids’, had their own semi-independent state in Debdou from 1430 until 1563.

Between 1485 and 1513, Debdou reached its peak during the reign of ‘Mohamed Ben Ahmed’ (nicknamed ‘king of Debdou’). It is known for its multi-ethnic population, including Jews and Berbers. Debdou was one of the few cities in the Maghreb where the Jewish population was more numerous than Muslims. However, the Jewish community of Debdou gradually lost its importance and today the Jewish community has almost completely disappeared.

The situation, more than the agricultural wealth of its soil, explains the historical role of this city and its important market. What characterizes the economy Debdou is irregular resource base: barley, sheep, goats, linked to the vagaries of a capricious rainfall is still insufficient.

The ancient activity Debdou retains significant trade of livestock products (animals, meat and wool) and a craft that produces white wool blankets (Briga, 1995). As stated by Bigio (2012), “Debdou is geographically very isolated and would be accessible to tourist only as part of a speciality tour”. The historical importance of the city has been somewhat forgotten by the Moroccans, so it almost plays no role in supporting tourist activities.

Debdou is part of the tourism region ‘Maroc Mediterranee‘ of Morocco. 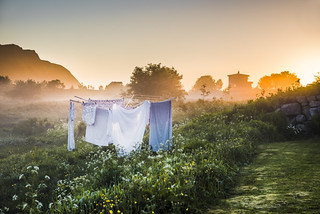