Tiznit (or Tiznet) is a pink-walled medina, located south of the ‘Souss Valley’ and beyond the western end of the ‘Anti Atlas’ in the south of Moroccan. Nowadays, Tiznit is a relatively new walled medina town surrounded by modern development. In 1882, the medina was built by Sultan Moulay ‘Hassan I’ to establish it as a base from which he could stabilize the region to assert his authority over the rebellious ‘Berber’ tribes. 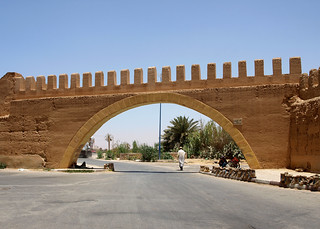 The site was originally a cluster of several Kasbahs. In the 19th century, they were encircled by a 7 kilometre length wall (ramparts) with a height of approximately 8 meters, and contains 56 towers and five gates (Bab Aglou, Bab el Khemis, Bab Targa, Bab el Maader, and Bab Oulad Jerrar). They were built in the ‘Alaouite’ style. In the heart of Tiznit’s medina stands the ‘Grande Mosque’ (minaret) which is built by a typical Saharan style like most Islamic West Africa places. 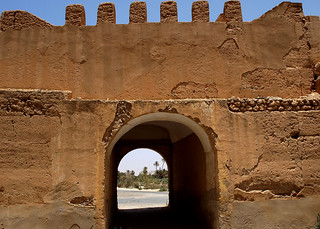 Tiznit remained the provincial capital and quickly established itself as one of the major trading centre of south Morocco, and as a central point between the coastal towns and the Anti Atlas. In 1912, Tiznit was a base for resistance against the French and Spanish protectorate. 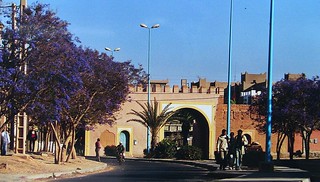 This resistance movement was led by ‘Ahmed al-Hiba’ (‘El Hib’ or the ‘Blue Sultan from the Western Sahara’ – a nickname he earned by always wearing his flowing blue robes – a Saharawi veil, that are still worn today by men of the south) who overthrew the French government and proclaimed himself the sultan of Tiznit.

He conquered the Sous by uniting the Tuareg and the tribes of the Anti Atlas Mountains. He also went on to attack Marrakech but was suppressed by the French. El-Hiba retreated to Taroudannt, then Tiznit, then up into the Anti Atlas, where he pursued a campaign of resistance against the French until his death in 1919. 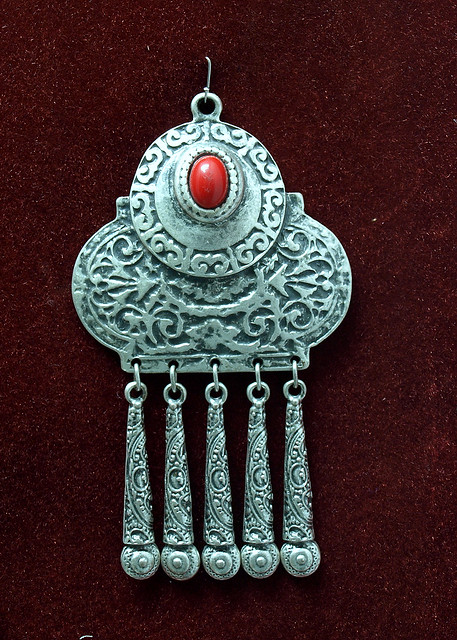 Tiznit is well known for its silver jewellery, mint, daggers, and sabres. In the end of the 19th century, Jewish silversmiths were relocated into the new walled medina, and gave it a reputation as a centre for silver. Despite the immigration of the town’s Jews to Israel, its reputation for producing quality silver jewellery lives on. The medina is very famous for its ‘Souk des Bijoutiers’, or jeweller’s souk. There are plenty of shops selling authentic antique Berber jewellery, as well as more recent creations of bracelets, belts, brooches, earrings, ceremonial daggers, and necklaces. 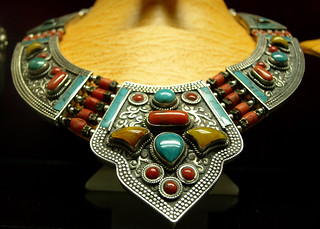 The shops in the souk are all modern and are really different from other Moroccan medina’s with their maze of little stores down twisting alleyways. 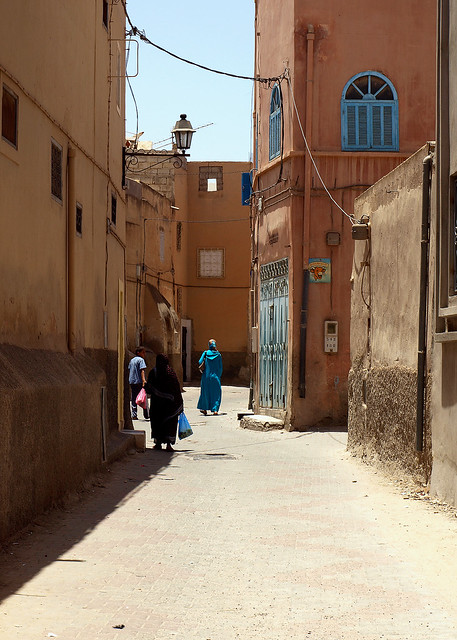 Despite these shops, the Tiznit medina has may other things to offer to tourists. Tiznit is most often seen as way through or on a day-trip in combination with other coastal towns or a visit into the ‘Ameln Valley’.

Tiznit is part of the tourism region ‘Souss Sahara Atlantique‘ of Morocco.