El-Ksar el Kebir (also known as ‘Alcazarquivir’ in Spanish or ‘Alcácer-Quibir’ in Portuguese), meaning ‘the big castle’, is an ancient city in northwest of Morocco located nearby the river valley ‘Loukous’. In the prehistoric time, the area near Ksar El Kebir was inhabited by ‘humara’, which has been evidenced by primitive paintings that have been found in caves dating from the Neolithic period.

In the 1th century bc, the site was first established as a ‘Carthaginian’ colony, and later occupied by a Roman settlement, known as ‘Oppidum Novum’ (an old fort or town in the ancient Roma province of ‘Mauretania Tingitana’). The old roman town survived until the decline of the ‘visigothic’ presence in the north of Africa in the 7th century. These findings and historical records justify the consideration of Ksar El Kebir as one of the nine pre-Islamitic cities in Morocco.

When the ‘Idrisden’ dynasty introduced Islam in the Maghreb, the Muslim city developed on the former site, having been founded at the beginning of the 8th century by the ‘Kutama’ tribe. ‘Suq Kutuma’, ‘Kar Kutuma’, and ‘Ksar de Abdelkarim al-Kutuma’ were the early names of the incipient city and were eventually replaced by present-day Ksar El Kebir. In the 12th century, the city was originally a souk (market) with a number of important bazaars. During this period, the place was also turned into a centre of religions studies. 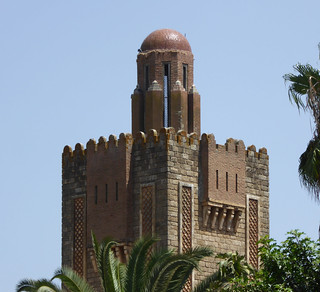 In the Almohad period (12th – 13th century), people from ‘Al-Andalus’ began to settle in the town. The city walls were also built by ‘Almohad’ dynasty. In the 14th century, Ksar El Kibir was also one of the first cities in the north who accepted the government of the ‘Merinid’ dynasty. During the ‘Wattasi’ dynasty (15th – 16th century), the city entered a decline, which also was influenced by the Portuguese occupation of cities along the coast.

In 1578, the Portuguese lost the battle (known as the ‘Battle of Alcácer Quibir’ – battle of the three kings) against Morocco, which ended their ambitions to invade and Christianize the Maghreb. The victory gave Morocco substantial strength and international prestige. In the 17th century, during a local conflict, the city walls of Ksar el-Kebir were destroyed by Sultan ‘Moulay Ismail’ and were never been rebuilt. In 1911, the Spanish conquered Northern Morocco and rebuilt the town and gave the city the Spanish name ‘Alcazarquivir’. 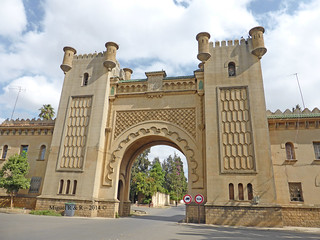 In 1911, the city experienced a substantial growth with the settling of an important Spanish garrison as a part of the Spanish Protectorate. With Morocco’s independence 1956, the city was renamed into Ksar el-Kebir. After Morocco’s independence, the ‘Oued el Makhazine’ reservoir has been built to manage the ‘Loukous’ river, which made the city one of Morocco’s richest agricultural regions. Hereby the city became an important regional agricultural distribution centre. Ksar el-Kebir provides almost 20 per cent of the needed sugar of Morocco. 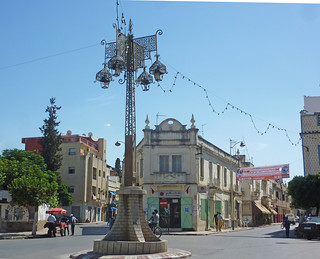 Recently, the city was developed in many directions and now inhabits about 110,000 citizens.

Ksar el Kbir is part of the tourism region ‘Cap Nord‘ of Morocco.