In rich and ancient history of Morocco, there are much more medieval and walled medinas than those which are listed on the UNESCO World Heritage. In this site we cluster them in 3 groups.

The first group focuses on several coastal urban assemblages, and the establishment of castles, fortresses, and medina’s (in geo-strategic points) along Morocco’s Mediterranean and Atlantic coastline.

The second group highlights the important medinas in the interior of north Morocco.

The third group highlights the important medinas in the interior of mid-south of Morocco.

Morocco has been ruled by several Dynasties, including the Fatimiden, the Maghrawaden, the Almoraviden, the Almohaden, the Meriniden, the Wattasiden, the Saadi, and finally the Alaouiten. During this period, there have been 4 (main) empirical capital cities: Fez, Marrakech, Rabat, and Meknes. Some of these Dynasties played a pivotal role in the development of cultural heritage in Morocco, especially in the development of the current old (empirical) cities, also called ‘medina’.

A ‘medina quarter’ is a distinct city section found in many North African cities. The medina is typically walled, with many narrow and maze-like streets, and often contains historical fountains, palaces, mosques, and other interesting monumental buildings. Because of the very narrow streets (they can be less than a metre wide), the medina’s are generally free from car traffic, and in some cases even motorcycle and bicycle traffic. This typical feature makes them unique among highly populated urban centres. Moreover, these narrow street designs were also used to confuse and slow down invaders. 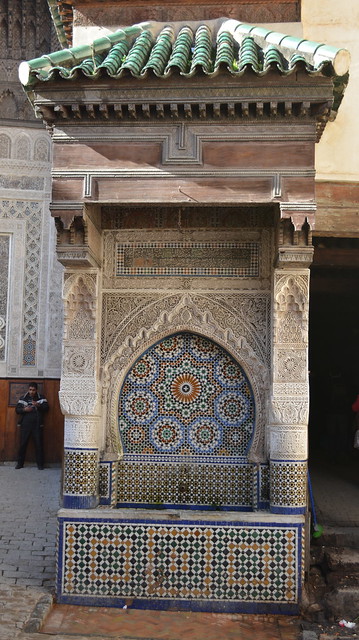 The word ‘medina’ itself simply means ‘city’ or ‘town’ in modern day Arabic. The ‘medina’ is the old historic part of a town divided into Quartiers. Each quartier has a mosque, a hammam, a communal bread oven, a madrasa, and a water fountain which serve that community.