Fez, the first capital city of Morocco, is nowadays one of the largest cities and has a population over about 1 million (2014). 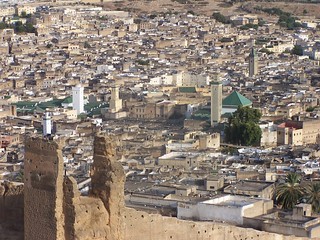 The early Islamic era of Morocco dated back to the 7th century AD when ‘Idris ibn Abdallah’ (Idris I – the first ruler and founder of the ‘Idrisid’ Dynasty) established Fez as their capital. 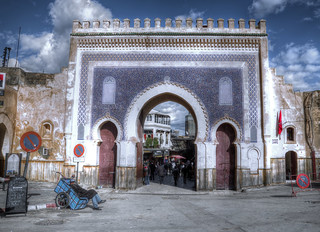 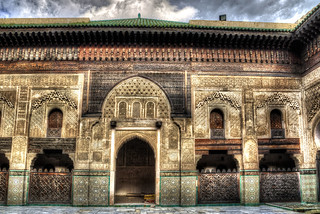 In literature and other research material, there is much confusion about the precise area and names of the old Fez medina. The medina of Fez compromises of two distinct areas: 1) Fez el-Bali (the ‘old medina’), and 2) Fez Jdid (the ‘new medina’). Thereby it is important to notice that ‘Fez el-Bali’, under the ‘Idrisiden’ Dynasty, originally compromises two distinct areas (twin medina’s separated by a tributary of the ‘Jawhar’ river). Idris I build between 789-791, on the left bank of the ‘Oued’ river ‘Madinat Fez al-Qarawiyyin’ (also named ‘Fez al-‘liya’ or ‘Kairouan’ bank). Idris II founded in 808-828, on the right bank of the ‘Oued’ river, ‘Adwat Al-Andalus’ (also known as ‘Madinat Fez’ or the ‘Andalus’ bank). Both sides where walled, autonomous, and developed separately. During the mid-eleventh century, both cities were expanded and the separate build sites became one medina, and were definitely enclosed with one perimeter wall during the ‘Almoradiven’ period (1069-1146). 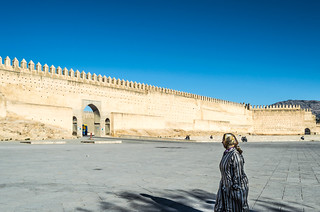 The cultural importance of the old medina of Fez was recognized by the UNESCO. In 1981, ‘Fez el-Bali’ was marked as the first place in Morocco as world heritage. However, in many (official) documents this is misleadingly referred to as the ‘Medina of Fez’ (which from a historically perspective also would include ‘Fez Jdid’). ‘Fes el Bali’ (with a total population of 156.000 and over 12.000 traditional houses, which are partially surrounded by the ancient battlements), is considered as one of the largest car-free urban areas in the world. During its twelve-hundred-year history, Fez has been 3 times the capital of Morocco. 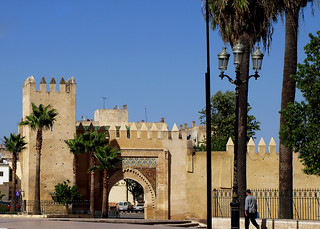 The rulers of the ‘Idrisden’ dynasty build a 8 kilometre long wall around the medina to protect their precious capital. Although, Fez was created under the ‘Idrisiden’ dynasty, and even the ‘Almoradiven’ and the ‘Almohaden’ dynasties ruled over more than a century, the most of the principal monuments in ‘Fes el Bali’ were built under ‘Meriniden’ dynasty. 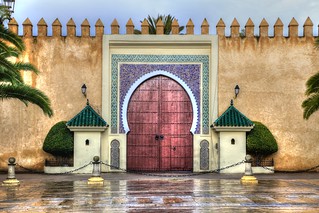 Under the ‘Almoradiven’, Fez even lost its status as a capital when they created Marrakech and made it their capital. During the ‘Almohad’ dynasty, Fez was a thriving merchant city, even though it was not a capital, and even became the largest city in the world during that time, with approximately 200,000 people living there. The period under the ‘Meriniden’ dynasty is considered as the ‘golden age’ for Fez. 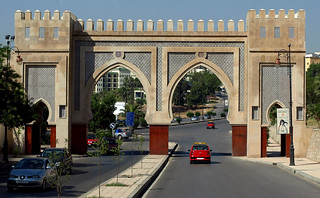 During the different dynasties, Fez became a major regional power, a centre of (Muslim) learning and commerce, and even became famous for having the oldest existing educational university (al-Qarawiyyin) in the world. They also have the oldest mosque in northern Africa. In 1438, they build first official ‘mellah’. 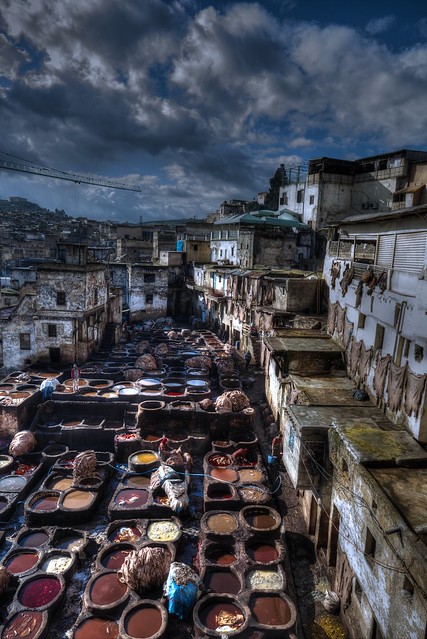 The Fez medina’s cultural heritage is one of the largest living medieval cities in the world. Today, ’Fez el-Bali’ can be seen as “an urban labyrinth of stark, windowless riads, and narrow winding alleyways. 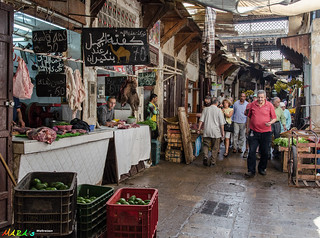 It is also one of the most important tourist attractions in Morocco . In 2012, Fez was listed on the 5th place (with an approximate number 644.000) of overnight hotel stays in Morocco. 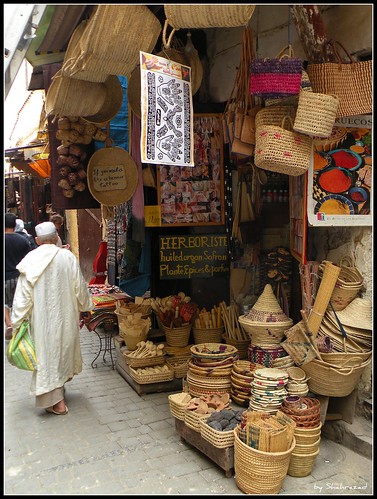 Fez is part of the tourism region ‘Maroc Centre‘ of Morocco.