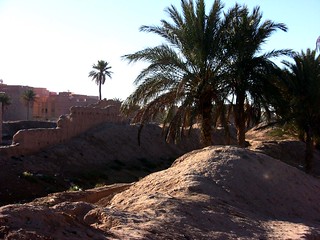 The city has been established in 757. Sijilmassa grew dramatically in size following the ‘Amoravid’ conquest (1054) and housed a population of perhaps 30,000 people in the last 200 years of its existence during the ‘Almohad’ period (1148-1255). 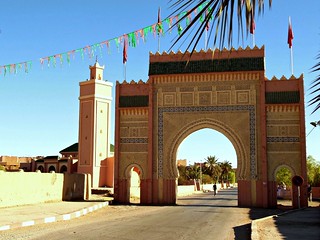 It was a major trade center that organized caravans for gold across the Sahara Desert. During its existence, the entire oasis was walled with an approximately length of 80 kilometers. In the late 14th century, the city collapsed as a central authority during the ‘Marinids’ period (1255-1393) and disappeared in a flash, thereby losing all of its importance. 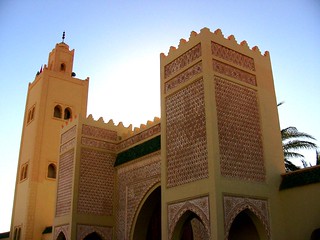 Nowadays, the ruins of the town lies for five miles along the River ‘Ziz’ in the ‘Tafilalt’ oasis, near the town of Rissani. The region of Rissani, also known as Tafilalt, is made up of a cluster of villages. The only planned village of the oasis, Rissani, was built near Sijilmassa’s ruins. 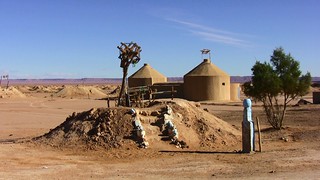 Tafilalt is noted for its dates, most of which it exports. It has tanning and handicraft industries, and nowadays its main trading centre is Erfoud at the base of Mount Erfoud. For an extensive historical review of Sijilmassa, we refer to Lighfoot and Miller (1996).

Risani is part of the tourism region ‘Atlas and Valleys‘ of Morocco.