Tangier (or Tanger) is one of the oldest Moroccan cities and was historically, from a strategic military perspective, the main urban settlement of the ‘Strait of Gibraltar’. The old medina of Tangier has a very long, rich, and diverse history, due to the historical presence of many civilizations and cultures. 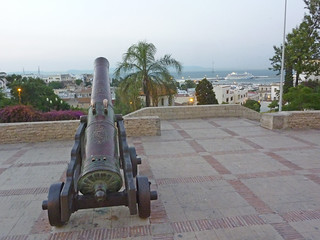 Tangier was founded by ‘Carthaginian’ colonists in the early 5th century BC, on a former small Berber settlement. Since this period, Carthaginian, Phoenician, Berber, Roman, Vandal, Moslim forerunners, Portuguese, English, French, and Moroccan are responsible for different layers of cultural heritage.

The old medina has a mix of Andalusian, Moorish, colonial, and Moroccan architecture. Like many Moroccan medina’s, under the ‘Almohaden’ dynasty around 1147, Tangier significantly developed itself and became a major city. Tangier was one of the first that fell under the influence of the Europeans. 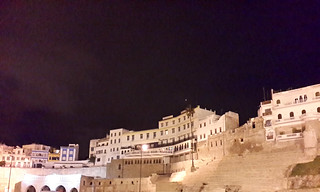 The Portuguese presence in Northern Africa was never intended as a colonisation but rather based on the conquest and occupation of Arab and Muslim cities, consisting on isolated enclaves (coastal urban assemblages and the establishment of castles) on geo-strategic points along the coast. 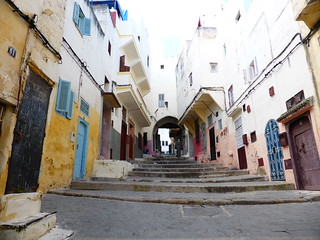 Between 1471 and 1661, the Portuguese occupied Tangier for nearly two centuries. The Portuguese occupations and settlements on the northerner tip of the Mediterranean coastline started with Ceuta, followed by Ksar Seghir in 1458, Asilah and Tangier in 1471. This occupation was then called the “overseas Algarve”. 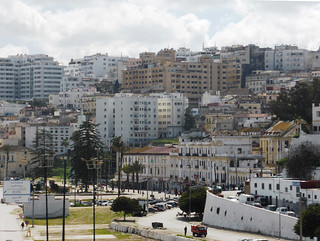 In recent literature, there is much discussion and confusion of the extent, shape, and layout of the pre-1471 Tangier fortified walls. Tangier urban fabric still shows evidence of some layers of the different inputs, either by addition or subtraction. 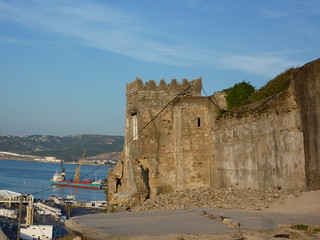 This view also reflects the multi-layered historical construction of the old medina walls. In 1661, Tangier was given to the British for a short occupation (approximately two decades). 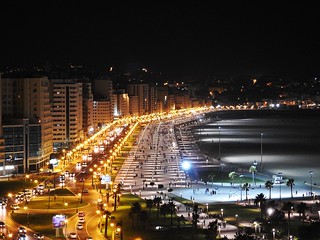 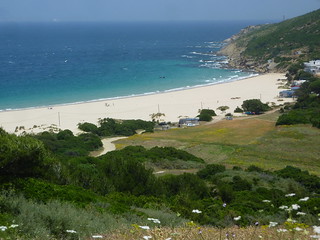 Tanger is part of the tourism region ‘Cap Nord‘ of Morocco.