Marrakech has been founded in 1062 by the ‘Yusuf ibn Tasfin’, a berber ruler from the ‘Almoradiven’ dynasty. In this period, they also moved the capital from Fez to Marrakech. Marrakech comes from ‘mur-(n)-akush’, which means ‘Land of God’ in the Berber language. The city was an important trade city for the caravan routes in the Sahara Desert. 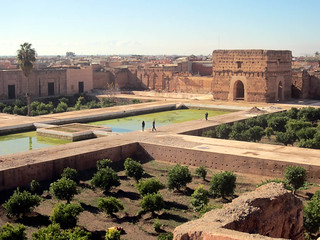 In 1247, the capital was under control of the ‘Almohaden’ dynasty, which also started to construct the 9 km long ‘red wall’ around the medina. The famous ‘red wall’ was definitely finalized (in the 18th century) by the ‘Alaouiten’ dynasty. The walls are 8 till 10 metre high and include dozens of ports in Spanish-Moorish style. 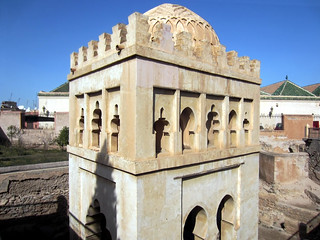 In the 13th century, Marrakech had a population of over 200.000, what made them one of the largest cities at that period in the world. In the 16th century, Marrakech started to gain importance under ‘Ahmed el Arj’ of the ‘Saadi’ dynasty. In 1913, during the French Protectorate, the modern part of Marrakech (Gueliz) was build. 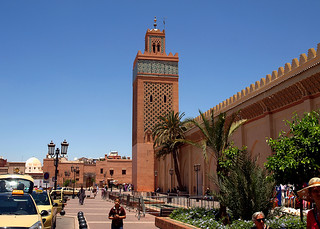 After the end of the French protectorate in 1956, the Moroccan upper and middle class left the old town, and a poor rural population spread into the Medina. Gentrification (the upgrading of a neighbourhood or district in the social, cultural and economic fields), also took place in the old Medina of Marrakech. This can be considered as a modern phenomenon of the multi-layered city. 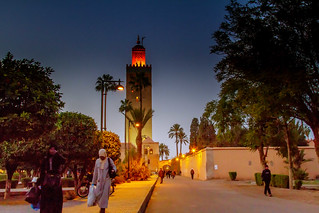 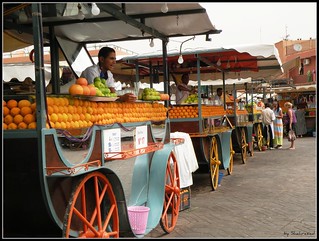 During the French protectorate (1912-1956), the old medina’s in Morocco remained unoccupied by the Europeans. The first houses which has been bought by foreigners started around the 1950’s and 1960’s. Mainly Europeans have been buying dilapidated Riads, refurbishing them to their taste. Since the late 1990s there has been a veritable boom in the demand for Moroccan houses. The revaluation of such districts also accompanied a rise in real estates. 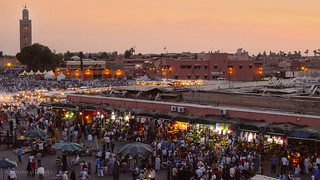 During the 60s and 70s, the process of decolonization took place comparatively peacefully in Morocco. Foreign real estate property was not expropriated. This led to individual western foreigners settling in the Medina of Marrakesh already in the early 60s, when one could still find the French population of the protectorate in the ‘villes nouvelles’. 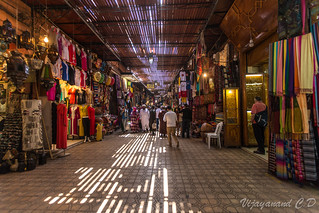 The nomination has led to the accelerating gentrification of the medina. It is said that soon the intangible heritage of the medina is only an object of monetary aspirations. The new status has helped to improve the built surroundings of the medina, but the immaterial aspects have not gained in quality. 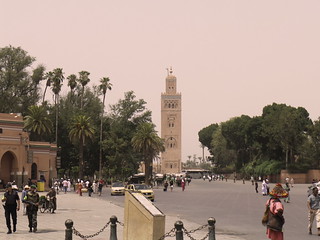 Before joining the UNESCO’s World Heritage List, the medina was abandoned by the elite and highly marginalised as a place to live for those who did not have any other choice. By the mid-90s, Europeans had also become increasingly interested in buying houses in the old town. This can be critically quested if this “all speaks for symptoms of neo-colonialism or that well-off foreigners contribute to the renovation and preservation of the fabric of the buildings, and as such could be indicated as gentrification?” 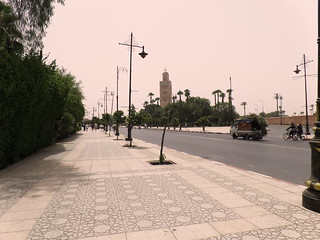 Nowadays, Marrakech is depending largely on its tourism industry. Since the early 1980’s, tourism played a pivotal role in the (economic) development and preservation of the old Medina’s. This effect has clearly increased during the last 3 decades, and has been largely influenced on the fact that tourists are sold some kind of ‘oriental dream’. 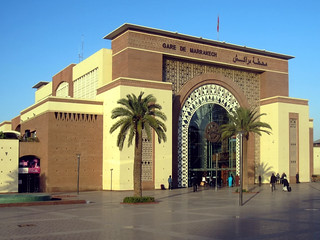 Tourism has brought employment to the area but it has also led to an oversupply of workers because of lack of control. 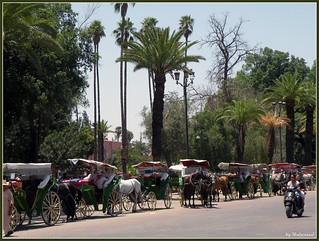 Marrakech is a city in constant change. For example, the ongoing ‘process of urbanization’ (that started in the early French Protectorate) has not followed the same patterns of development throughout the city space, which also characterize spatial and social diversity, which reflects the various interventions carried out over time by multiple actors. 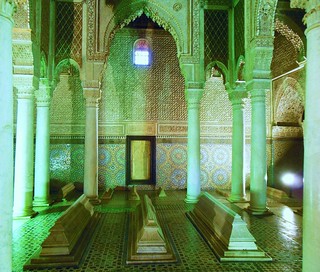 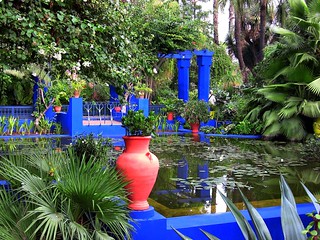 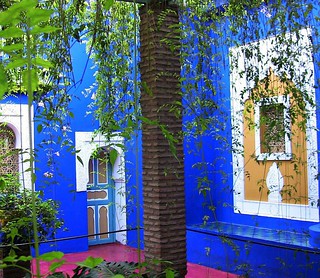 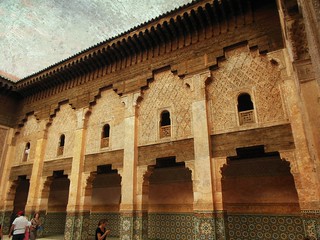 Marrakech is part of the tourism region Marrakech Atlantique of Morocco.