Taroudant is a Berber town, located in the ‘Sous Valley’ in the southern part of Morocco. The town was occupied by the ‘Almoravids’ in 1056. Under the ‘Saadi’ Dynasty, Taroudant had its golden age, particularly under the reign of ‘Mohammed ash-Sheikh’. They made the town prosper through the riches of the Sous plain, which provided market goods such as sugar cane, cotton, rice, and indigo. He also constructed the city walls and built the great mosque and its minaret in 1528. 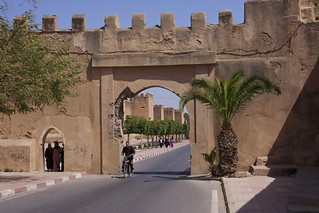 The surrounding ramparts are nearly 6 kilometres long that still remain intact today. They are constructed with bastions and includes nine gates. In the 16th century the ‘Saadians’ briefly used Taroudant as a capital, before they moved onwards to Marrakech. 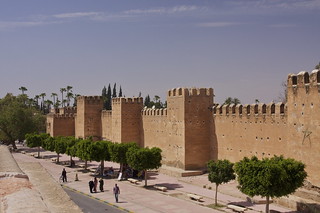 The city is also known as ‘Grandmother of Marrakech’ or ‘Little Marrakech’ because it looks like a small version of Marrakech. In contrast to Marrakech, almost the entire city of Taroudant is located inside its walls. ‘Enclosed by an almost complete circuit of high, rammed-earth walls and lacking any sprawling ville nouvelle outside, Taroudannt could very well be that quintessential untouched, ancient Moroccan city that you’ve been looking for’ 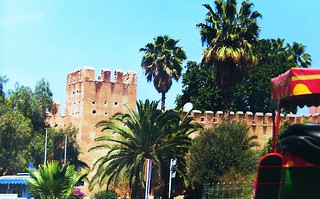 In 1687, the city was left virtually uninhabited when the feared (barbaric) Alaouite sultan ‘Moulay Ismail’ massacred most of the town’s inhabitants in response to their opposition to his Meknes-based rule. Under the Alaouites the town resisted royal control. Citizens formed an alliance with Ahmed ibn Mahrez, a dissident nephew of Moulay Ismail. In 1919, ‘El Hiba’ (the Blue Sultan) was killed here while leading a fierce resistance to the French occupation. 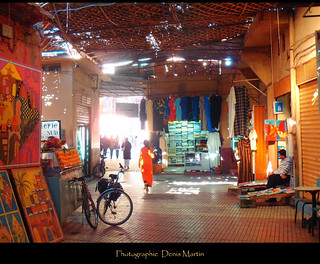 Today the medina of Taroudant has the feeling of a small fortified notable market town (on a caravan route) and has a ‘souk’ near each of its two main squares, ‘Assarag’ and ‘Talmoklate’. The Berber market ‘Jnane al-Jaami’ sells spices and dried fruits but mostly clothes and household goods. The Arab souks are more specializes in handicrafts, such as terracotta, wrought iron, pottery, brass and copper, leather, and carpets, rugs and jewellery. 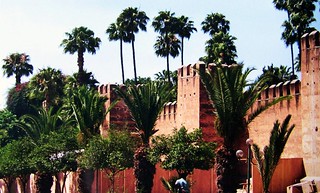 Taroudant doesn’t rely on tourism or even seem that interested in it. The town lacks any great monuments or sights other than itself, which is exactly what draws some travellers there. Taroudant is exceptionally friendly and relaxed and the sort of place that you intend to stay the night and end up staying a week. Outside the ramparts is a small tannery, mainly in the business of travel equipment for camel riding, such as goat skin, camel hide sandals, leather bags and belts. For a long time, Taroudant only contains the Medina within the existing walls. However, the last few years a new part of the city has been developed outside the city walls.

Taroudant is part of the tourism region ‘Souss Sahara Atlantique‘ of Morocco. 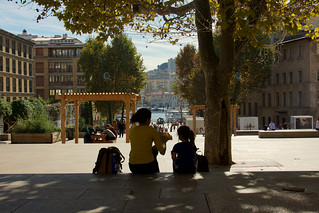 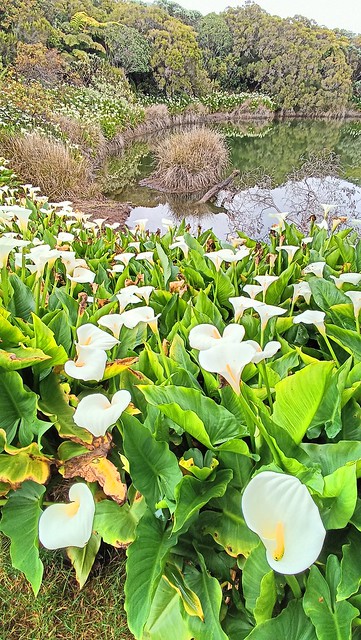